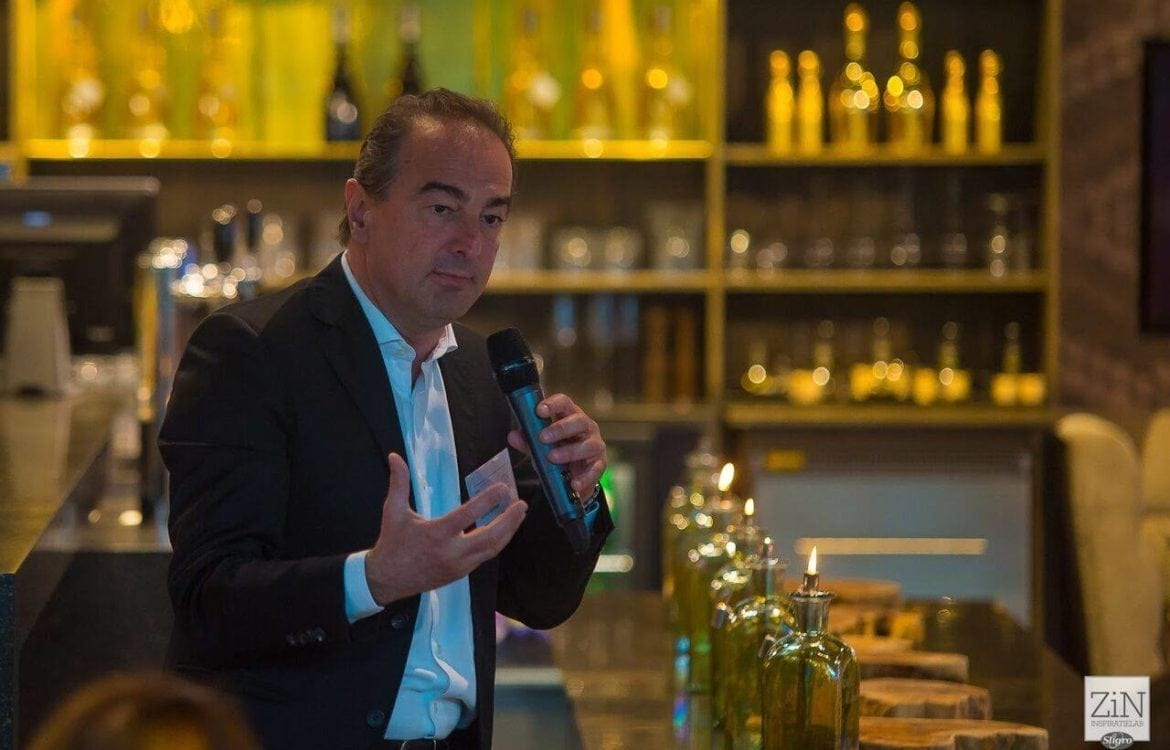 Sandro Bottega, the founder of Italian Prosecco producer Bottega SPA in Treviso, wrote in an open letter to demand China to compensate Italy and rest of the world for the economic damages caused by COVID-19, causing controversy in China.

In the letter sent to Italian newspaper La Stampa on March 28, Bottega made a teary plea as he prepares to close his company on April 15, a decision that will put 300 of his company employees out of work.

“We will have nothing to produce, all orders will be cancelled, and payments delayed beyond limit. Fifty years of working starting from scratch, the 2nd brand in the world of sparkling wines, one of the symbols of Italian wines, 300 laborious people that will remain at home, 16 million bottles produced every year sold in the best places in the world, €80 million turnover,” Bottega wrote in the letter.

Bottega, the Italian sparkling wine producer, became a recognizable brand thanks to its good value and flashy packaging where its gold bottles are seen in almost all Duty Free shops at international airports.

Because of the economic fallout caused by COVID-19, he went on to demand China to pay for the economic damages. Italy has become the hardest hit country in Europe with over 97,000 infected and over 10,000 killed, exceeding numbers recorded in China where the virus originated.

“It is fair to ask: how will the Chinese government refund Italy and the world of damage caused?,” he retorted, citing China’s “unhygienic rules” and silencing of whistle blower doctor Li Wenliang as causes for virus and failure to sound alarm.

This sentiment echos a growing chorus of voices from more belligerent members in the US and parts of Europe that demanded China to be held responsible for the spread of the virus by calling it as “Chinese virus” despite racial concerns and asking for financial compensation.

Just two weeks ago, Patrick Rosset, son of Champagne Deutz CEO, called for boycott of Chinese products in order to let the country pay for the outbreak, as Vino Joy News first reported.

Champagne Deutz has since apologized over the comments that caused an uproar in the country prompting a nationwide boycott against the bubbles.

When reached by Vino Joy News over email, Sandro apologized for the misunderstanding and explained La Stampa also published his correction the following day, where Bottega clarified that his company will suspend business activities temporarily instead of closing down for good.

“I agree and I apologize for the misunderstanding. The letter published by la Stampa was not the version I have made to other newspapers and la Stampa has also published my correction,” he told Vino Joy News.

In the follow-up letter, he clarified the goal is to ask for China for help, not just for medical resources but to remove (or greatly decrease) the duties on Italian products, simplify the procedures for imports, draw up agreements with Chinese distribution to expand the range of products made in Italy, so that they can find an outlet in that market (given that the West is all blocked).

“My goal is to ask help from china, which in a particular moment like this is
very important,” he told Vino Joy News.

By the end of this afternoon, a few wine media in China had picked up the news where combative comments tinged with nationalist sentiments will most likely led to further inflammation.

Admittedly China’s initial cover-ups and missteps cost precious time, however some placed Europe and the US’ apathy towards the coronavirus outbreak in China as the cause for their delayed response.

In an op-ed written by Beijing-based writer Ian Johnson for New York Times, he argued that while China was locked in the virus outbreak from January to February, the West’s attitude remained “largely reactive – if not outright passive.”

Emily Rauhala, Washington Post correspondent, wrote on her twitter account, “One of the most painful lessons of this crisis is the extent to which America cannot or will not identify with Chinese pain. Every horror that is happening here happened first in Wuhan. We covered it. Many people did not care.”

In contrast, countries in Asia including South Korea, Singapore and Japan took proactive measures from early on and managed to slow down the spread, even though they are at the doorsteps of China.

In Italy, among the thousands of wineries, the country’s biggest biodynamic winery Avignonesi is striking a different tone from Bottega and called for solidarity.

“Let us not forget that in the event of an epidemic, we are above all responsible towards others. Zero tolerance is a moral obligation…We can only reduce it by showing social awareness and solidarity.” wrote owner Virginie Saverys to her staff in a Facebook post on March 15.

The winery also closed its tourist center and laid off some staff during the outbreak.

What’s your thought? Let us know in comments.