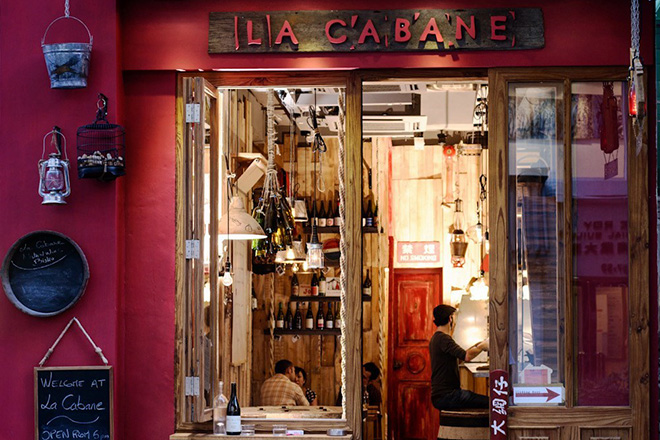 One of the co-founders of Hong Kong’s wine bar La Cabane, a pioneer in the city’s natural wine scene, has been tested positive for COVID-19, as the city’s leader warns of the highest risk for community outbreak following the city’s record case numbers.

Cristobal Huneeus has confirmed to Vino Joy News today that he and one of the company staff  have being tested positive for COVID-19 on March 20.

“I can confirm that both one staff from our office (not client facing) and myself have been tested positive to Covid-19 on Friday 20/03. We are both in isolation at hospitals and being treated. None of us left the country since January and early February respectively. All other staff from La Cabane have or are being tested as we speak. So far all results have come back negative and staff were discharged and sent home,” Huneeus told Vino Joy News.

“This is a fluid situation and we have decided that, for the time being, we will only keep the online business going with delivery managed by a third party directly from our warehouse in Kowloon (not our offices or cellar). Orders are welcome at www.lacabane.hk and all support will be greatly appreciated. We will reopen as soon as we can guarantee the safety and well-being of our staff and clients. Thanks for the many supports we have received and please stay safe, stay home or protect yourself and others”, Huneeus continued.

Huneeus has been identified on government website as case No. 266. He started to develop symptoms of fever, coughing and sore throat on March 16.

So far, five of the company’s staff have been cleared and tested negative, according to him.

La Cabane will also conduct a thorough cleaning at its wine bistro and shop on Hollywood Road in the coming days.

The 48-year-old bar owner’s situation is understood to be stable. He said, “I will be ok. I am a positive person.” He has also contacted all the people he has met in the last 10 days.

Hong Kong has in the first two months of the year managed to slow down the spread of the highly contagious novel coronavirus, but in the last week the city has seen a spike in imported cases. On Friday, the city reported 48 new cases, a record high, followed by another 17 confirmed cases on Saturday and another 44 cases on Sunday which brings the total to 317 as of March 22.

Describing the risk of a massive community outbreak as “the highest in two months” at a press conference on Saturday, Hong Kong’s chief executive Carrie Lam also announced a raft of measures to further limit virus spread including the closure of public sports facilities, museums, libraries and reinstating work-from-home policy for civil servants.

Central’s Lan Kwai Fong, a popular nightlife area, has been linked to at least 7 confirmed cases in the city in the past few days and has emerged as a potential hot spot for virus outbreak.

The city’s hospital officials is also looking to probe possible infection spread in the bar hub in Central.

Hong Kong’s Dim Sum Daily has published a full list of restaurants and bars visited by confirmed patients in Central area as of March 21.