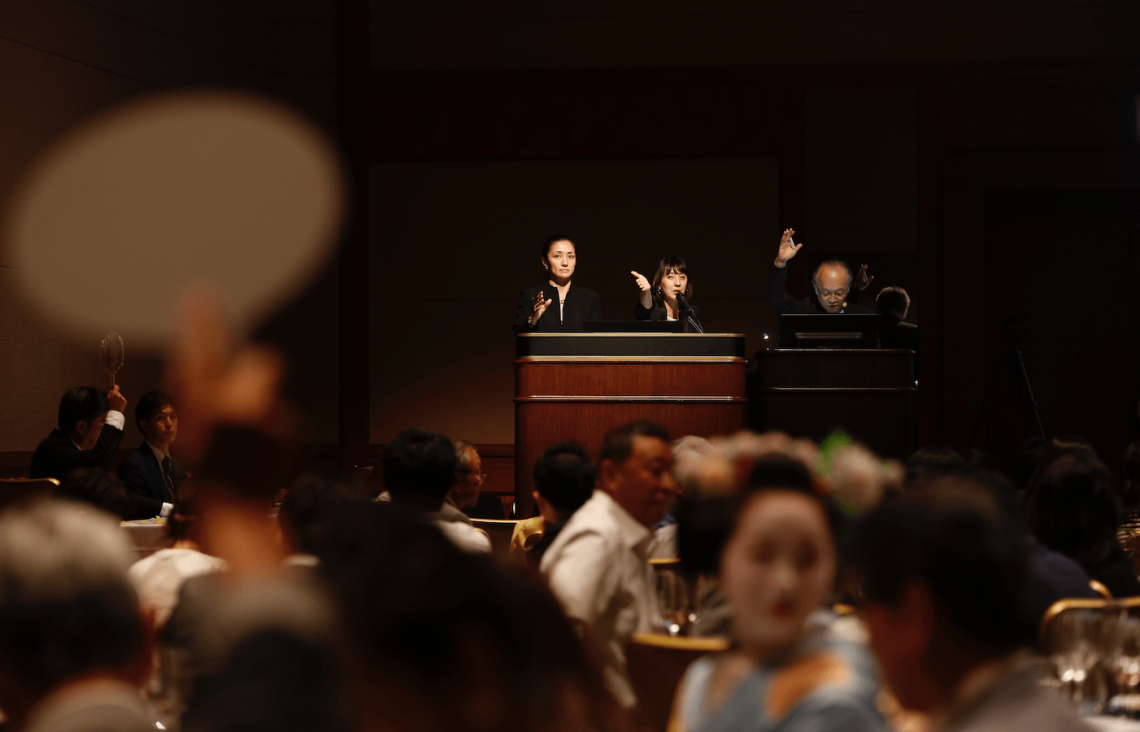 The highly contagious COVID-19 that has spread to over 80 countries globally beyond China has significantly impacted people’s lives, forcing millions to live, work and dine at home. Business evolving around the consumers are shifting to cater to the new consumption habits with many moving online to keep their customers engaged and connected, including wine.

“We have yielded tremendous success on online sales in the last month and half,” he said when interviewed by Vino Joy News on the phone, speaking of Madison’s online auction held in early February. DRC, Coche-Dury, Bordeaux first growths in OWC, Burgundy are among the most sought-after lots from the February online sale, he detailed.

Globally, online sales total around US$80.5 million last year, which is roughly 15% of the overall US$521 million wine auction revenue, but the percentage might change with more wine collectors and connoisseurs now buying online during the outbreak.

Hong Kong, which is at the doorsteps of mainland China – where the outbreak originated – might be at the forefront of the shift.

Globally, Hong Kong tops the wine auction market ahead of London or New York in terms of value achieved. Out of the total US$521 million achieved in 2019, Hong Kong contributed US$160 million.

“At the height of uncertainly when people can’t travel and congregate… we are really pleased to see the results,” Tam says, speaking of the online sale in early February, even though traditionally online sales tend to have “less of reputation compared with live action”.

Like Madison, many auction houses in Hong Kong have cancelled live auctions to avoid crowded gathering including Bonhams, which moved its February whisky auction online.

The sale attracted nearly 40% of new clients and over 30% are young collectors under 40 years old, says Bonhams’ Director of Wine & Spirits in Asia, Daniel Lam.

With no end in sight for the viral outbreak, Tam says Madison is going to host more auctions online at the rate of one live auction and two online auctions for each of the three remaining quarters.

With increasing numbers of online auction, worries of more lax inspection rise as well. Asked about inspection about online lots, the wine specialist insists the diligence to check wine’s provence for online sale is as vigilant as live auctions.

“Everything is checked, invoices, paper trails. This is the key, the same level of provenance for online and live auction,” he stressed, who worked 11 years as head of wine at Christie’s in Hong Kong.

At the moment, local clientele consist of 60% of the auction sales at Madison, he says with the rest coming across the border from mainland China.

“The only thing that perhaps is the speed bump is that a lot of clients in China find customs regulation to move wines freely into China hindering them,” he commented. Visitors from mainland China are only allowed to carry two bottles of tax-free wines from Hong Kong.  “It’s just a matter of time and hopefully it will be lifted,” he says.

Admittedly, the percentage for online auction at Madison is small as Tam says “it’s still a work in progress.”

Not fazed by the coronavirus impacts on Hong Kong’s wine scene, Tam remains hopeful. “Hong Kong is a society that is vibrant, and it bounces back and it is resilient. What we need to do is have a plan for the future, and we are planning for the future.”

Founded in 2012 by Raymond Ting, Madison Wine launched its own auction division in 2018, a year after breaking off its partnership with Acker Merrall & Condit in 2017.